UNLOCKS THE HIDDEN POWER OF YOUR CAR IN SECONDS!

Would you like something that makes your fuel last longer and reduces your fuel consumption?

Nitro Universal Powerbox unlocks the hidden power of your car.

This Universal Powerbox will work on all cars, just plug the OBD2 into your car. Works for cars with Petrol and Diesel engines.

The system will record your driving habits remapping your cars internal system to increase the performance and lower your fuel consumption by up to 15%.

The Fuel Chip will integrate into the car computer and start to make a diagnostic. It will optimize your fuel consumption without losing any power!  No more engine and turbo lag! 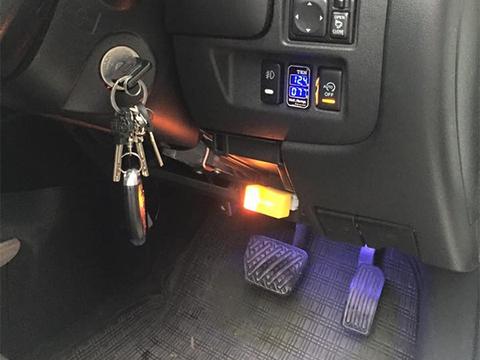 Nitro Universal Powerbox will work with: 4 Great reasons to buy from us:

Unhappy With Your Product? We'll Take It BackWe'll stand out by our high-quality products and your satisfaction 100% guaranteed.

Eldridge N.
Excellent, Delivery very fast. Top Quality! I am going to order more increased speed and handling!
Jamar N.
Fast delivery here is a look at the internals of the product so simple so perfect.
Robin P.
Wow! So impressed! Perfect I am going to buy some more for a few friends! I'm going to save thousands on this little device well worth the money! :D
Carlos B.
Works perfectly, improvement by now. Try it for yourself.
Kenton S.
It came quickly, not broken, undamaged and for the price its perfect! Easy to install with instructions on the back of package!
Antonio B.
A very successful product. Came cast with perfect customer service. Thank you so much!